This is simply the best dry fly fishing for large brook trout in the world. It's a special environment which produces hatches that defy the imagination and is home to a special strain of brook trout.

From the west coast of the USA, it’s not easily accessed. The only reason that warrants the travel hassles (and the variable weather of Labrador) is the opportunity to take large, native, brook trout of over five pounds on a dry fly.

Some of us are old enough to remember the old outdoor adventure TV series, The American Sportsman. Probably the most famous of their TV shows was the one in which Lee Wulff flew Curt Gowdy into an isolated river system in Labrador. They would take video of Lee and Curt catching these big, beautiful brookies on dry flies.  Several times during the series, they featured this river system and it’s tremendous brookies. What made this particular series so fascinating was Curt Gowdy and the entire show staff were sworn to secrecy and not allowed to divulge the location of this river. Lee Wulff had vowed not to let the location be known until the Canadian government had set up a method of protecting the uniqueness of these fish and their habitat. Today, this is one of those special places that fishes "the way it used to" because of the protections that have been established and enforced by Lorraine and Jack Cooper, who operate three lodges on the system.

Hatches you have never seen before

We have experienced drake hatches that were so intense that they covered the water as far as we could see. At times, it has been an incredible experience!

During one particular hatch, I tried to count the number of drakes sitting on my fly line and got to 27 before losing track of where I was! In addition to the drakes, there is a large variety of other mayflies and caddis. Timing is the key issue if you are going to hit the hatches right.

One of those rare places on earth where things still are as they were hundreds, maybe thousands, of years ago. The large mayflies and caddis still hatch in overwhelming numbers and the giant brook trout still come to the surface to feast on them. The toothy pike still chase all the moving creatures, including the brookies, leaving their teeth marks as their calling card.

It can be a beautiful environment although at times harsh, especially brutal during their winters. This is a long trek from the west coast and what draws us back every other year is the chance to stalk and cast dry flies to sighted trout of 5 to 8 pounds in a wilderness that “is the way it was.” 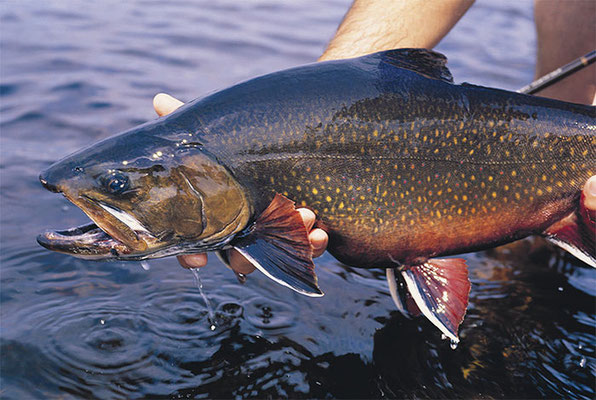 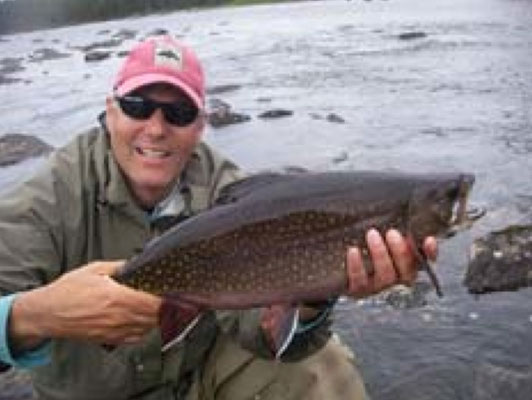 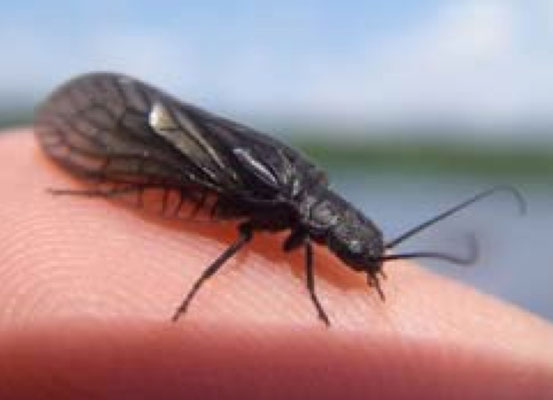 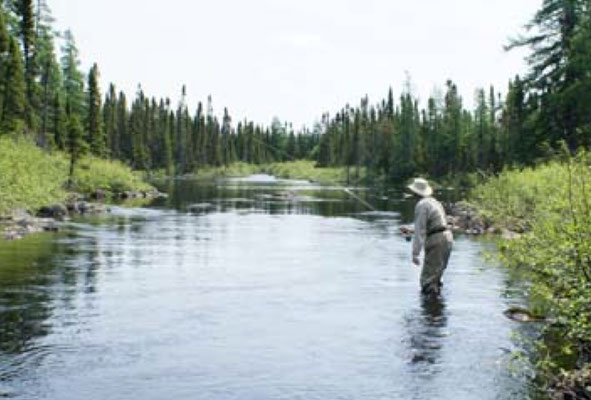 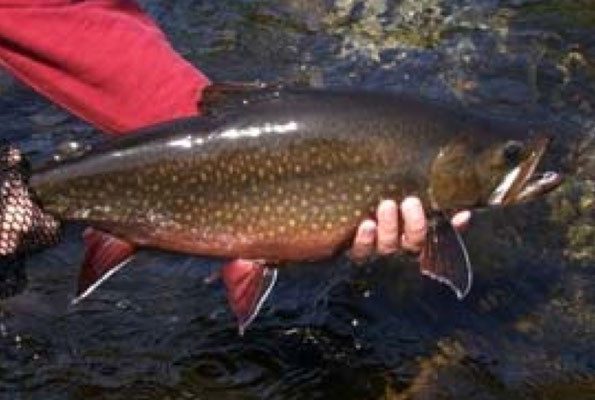 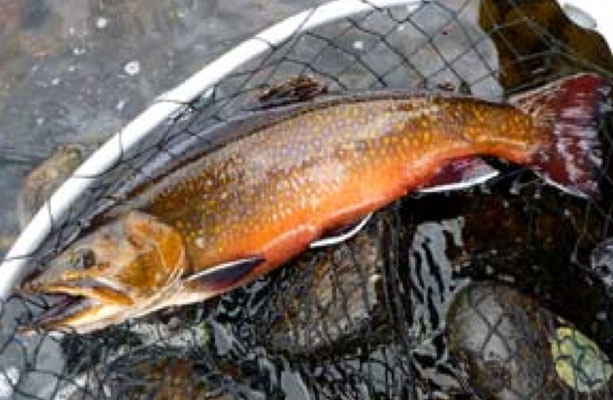 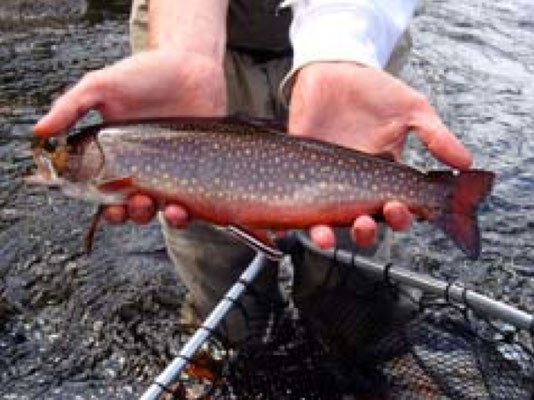 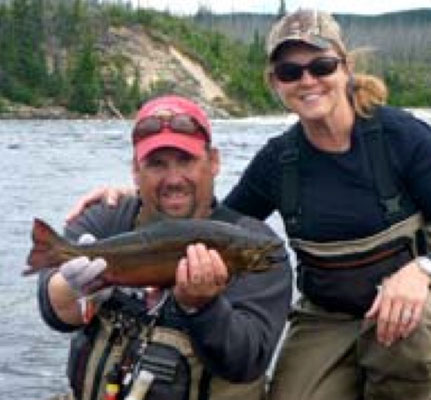 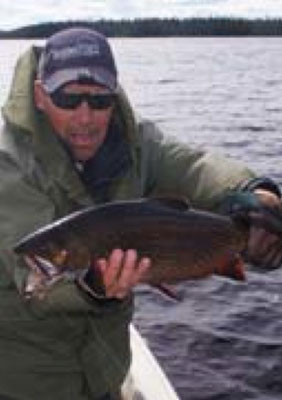 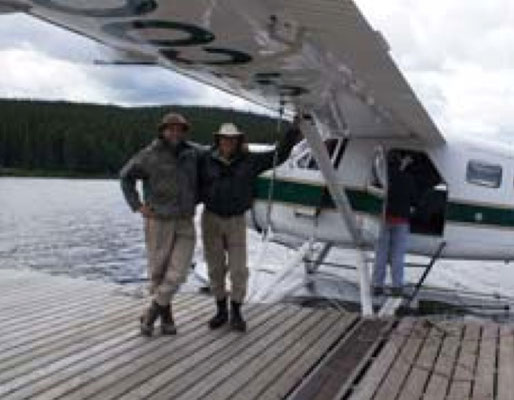 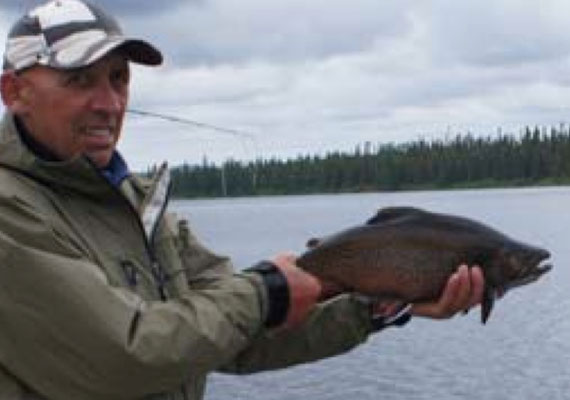 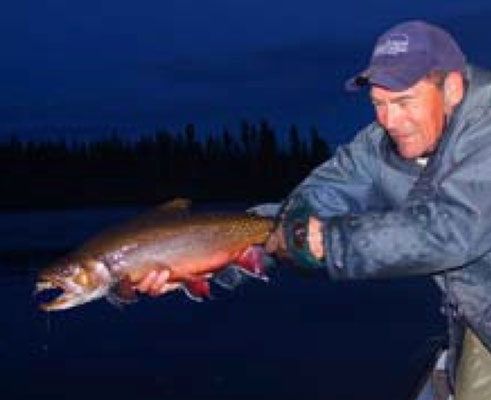 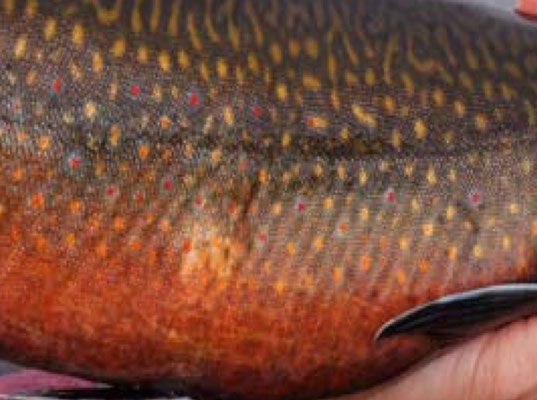 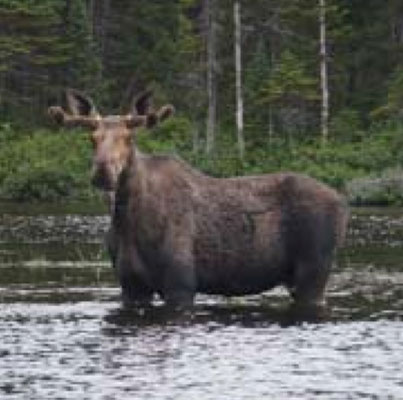 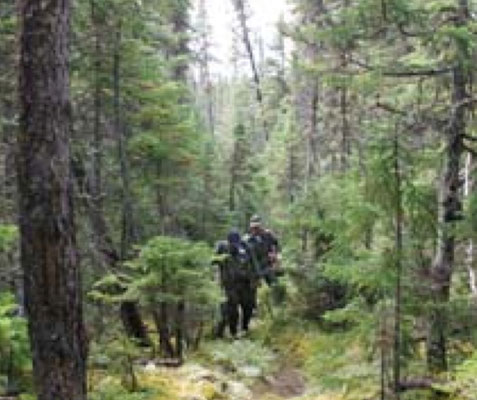 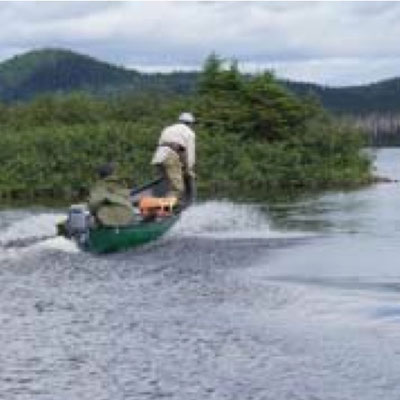 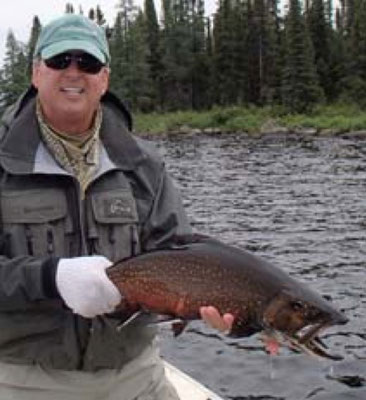 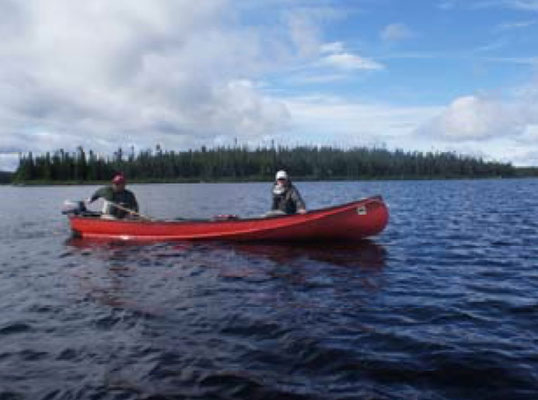 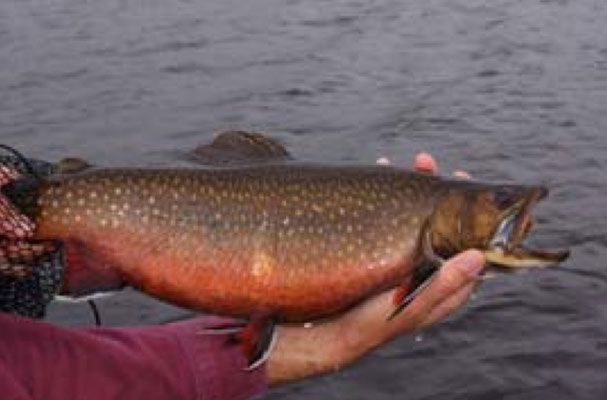 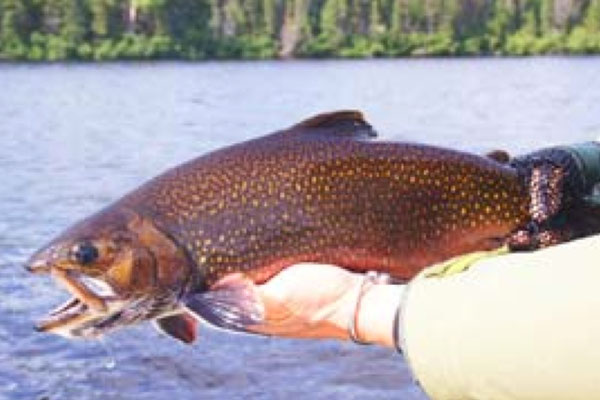 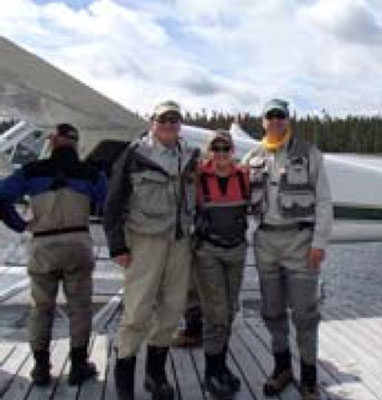 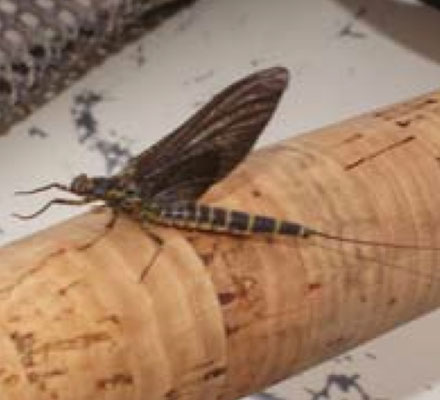 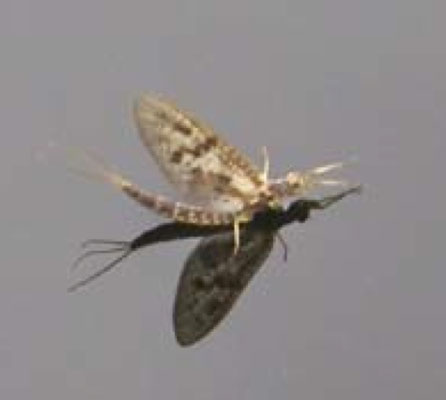 Over the last 15 years, we have made eight trips to this remote area by ourself. It seems as if every trip encountered some different conditions and circumstances, each with its own challenges. One of the attractions of revisiting a destination you’ve enjoyed many times in the past is that you begin to develop a sense for the fishery and its challenges. You can evaluate situations and conditions and just maybe draw some meaningful conclusions (of course, guessing as to why fish respond in the way they do is just speculation, but with many years to draw from, at least the speculations are more considered).

Unusual conditions for our last trip were caused by record hot temperatures through mid June (this to contrast our trip two years before when they had the wettest June in history and waters everywhere were the highest ever). The result of those higher than normal June temps was twofold:

The Minipi watershed is a series of shallow lakes and large ponds with sections of river connecting them. There are massive weed beds which are alive with bug life which provide the prolific hatches that are as much an attraction as the giant brookies. The lakes have a current moving through them – not traditional lakes. The larger fish, for the most part, are found in the slow moving “lakes” where they can feast on the life cycle of the drakes, caddis, and other mayflies (over 25 species of mayflies have been verified here). The smaller brookies find refuge in the riffles where they can avoid the pike and the jaws of the adult brookies.

If you could pinpoint the center of the Minipi Watershed, it would have to be Anne Marie. The headwaters flow together into compact, smaller bodies of water, and on a jutting peninsula that gives the most breathtaking view, we have built the Anne Marie Lodge. Some 6,000 sq. feet of modern day amenities, this lodge is the perfect jumping off point for anglers wanting to cast their line on any corner of the Minipi Watershed.

The lodge itself was designed so that all bedrooms have large windows and an unobstructed view of Anne Marie Lake.

The eastern wing has 5 double occupancy bedrooms, all with en-suite bath. Sitting in the common room with a cup of coffee under one of Derek deYoungs stunning fish art paintings, one can watch a glorious sunrise, and watch that same sun set on the dimpling rises of feeding brookies during the evening meal.

The pricing would be:

Like many of the world’s top destinations, getting space during the prime hatch time on the Minipi River requires booking very early, usually over a year ahead due to the large repeat following this fishery has.

Please contact us to arrange an unforgettable Fly fishing trip to the beautiful Minipi River Watershed.

For packages and courier deliveries: