Sooner or later every salmon angler comes to a state where it's more about quality than quantity - a big fish usually values more than many small ones. If you are after the 10kg, 15kg, or even 20kg+ fish, Norway is the place to go to.

The Rogstadmoen lodge is built new and on the highest standard you will find in Norway. Single rooms with en suite baths are standard. There also is a Spa area in the lodge.

The Gaula is a famous salmon river.

First fished by the Brits, it offers miles and miles of private water.

The Gaula is a rather fast flowing river which runs through unspoiled surroundings starting from the mountains near the Swedish border, just past the historic mining town of Røros, Norway, and enters the sea at the Trondheim Fjord. The Gaula, translated as the “Golden River” because of its ironic golden hue has always been one of the finest and most productive salmon rivers in the world. The Gaula River flows through the Gauldal valley in Sør-Trøndelag County, Norway.

The river valley and its surrounding landscape are both stunning and varied in nature. In the upper part the Gaula valley is quite narrow and mountainous, and the water is shallower with big boulders both on the banks and in the water. In the lower stretches the valley is wider, and the big boulders are replaced by gravel banks. The further down the river you venture the more you feel like you are getting closer to the sea. In the south it starts from the lake Gulhåen at the Rørosvidda. On it’s 150km length, it is joined by a number of tributaries, of which the largest are the Bua (joins in Kotsøy) and the Sokna (joins in Støren village) before it runs into the Trondheim fjord.

Today still hundreds of guests from all over the world come here and hope to catch one of the Gaula giants. In 2017 the biggest fish weighed over 23kg, and every cast can bring such a beast to your fly. 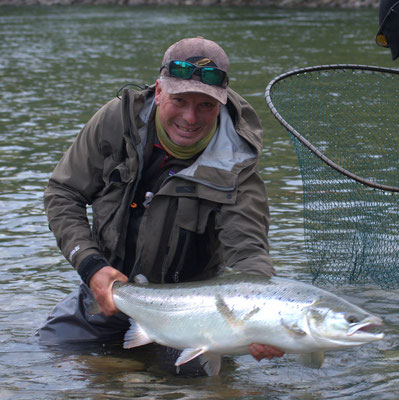 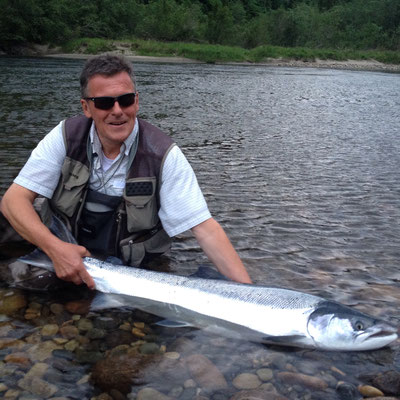 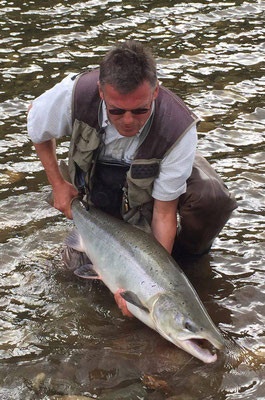 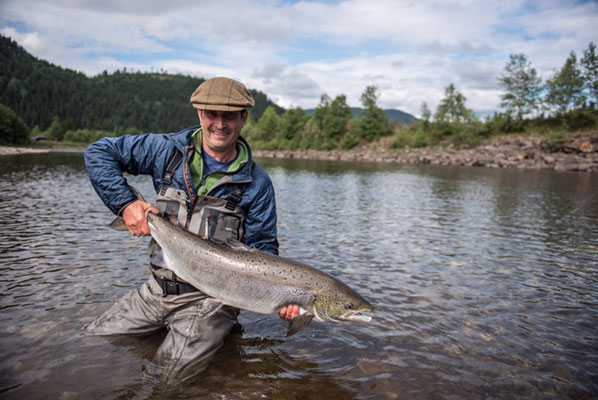 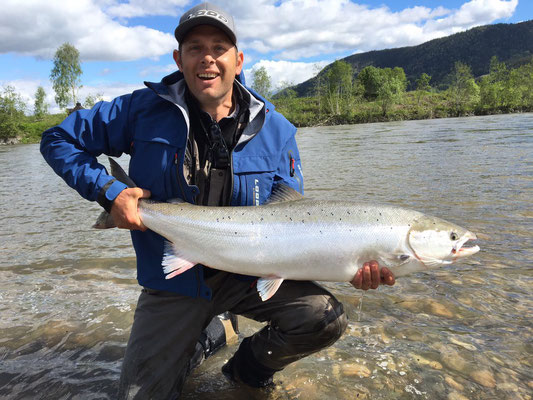 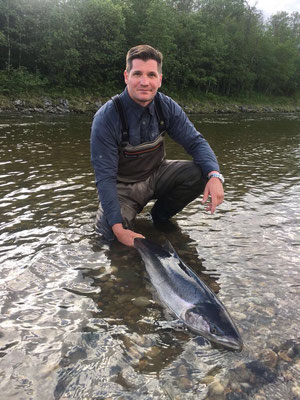 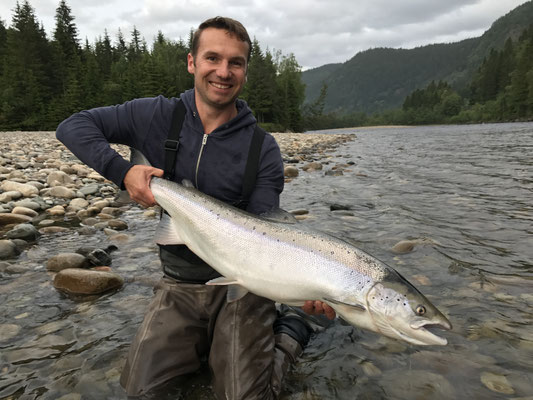 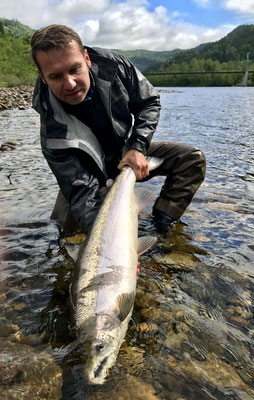 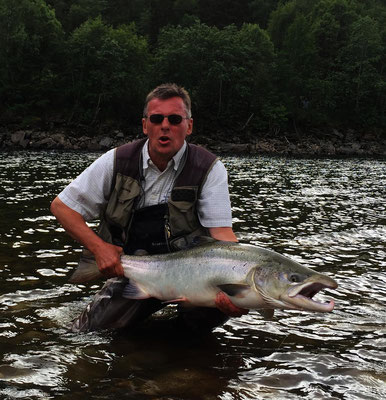 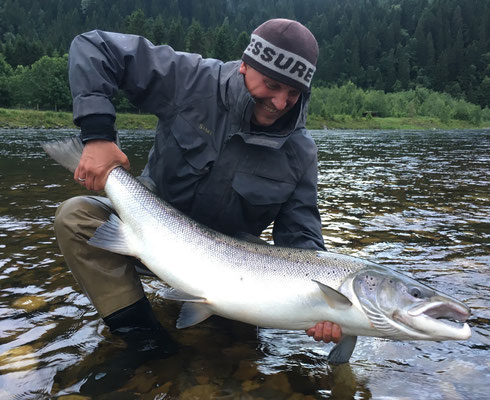 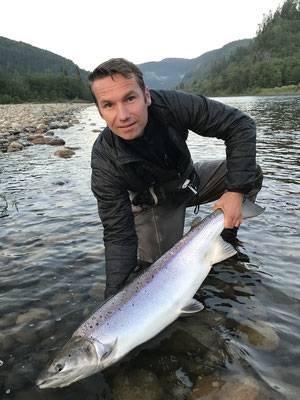 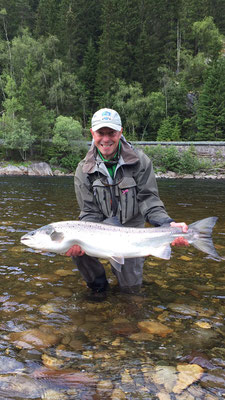 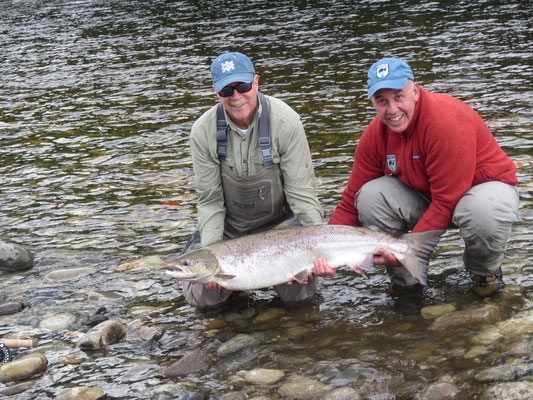 Season is from June to August, the biggest fish run first. Prime weeks are weeks 25-29, and these are much sought after.

Depending on runs and service -

We help you to plan your trip - just contact us! We appreciate to help you to make your dreams come true.